We are sure that among CO2Art community there are a lot of people fascinated with biotope aquariums. And there is nothing strange about this because creating an impressive and well-functioning biotope aquarium is not an easy task. The most popular biotopes are South African lakes biotope and of course South America black waters biotope although recently setting up the Asian style biotope aquarium is gaining popularity, specially reflecting the South East Asia underwater world. Let's see what plants, fauna and arrangement we need to replicate the natural habitat in the best way.

Due to the latitudinal extent of more than 8,000 kilometers, Asia has all types of climate zones. Due to the lack of ocean influence on the west side and the isolation of mountain ranges, most of the continent has a continental climate with little rainfall and a large temperature difference, and only the eastern and southern parts are affected by the sea.

The climatic diversity of Asia means that most of the plant systems that exist on earth can be found on the Asian continent.

Land relief is the major factor in Asia's water network, which is radiant and covers the watersheds of all four oceans. Asia also has the largest non-drainage area on Earth.

However, focusing on aquascaping and not deviating too much from the topic of creating an Asian biotope in an aquarium, we will introduce the types of freshwater reservoirs on the Asian continent and then propose what plants and animals will be suitable for the selected biotope.

In individual regions, there is a large diversification of water flow in rivers related to uneven distribution of rainfall. Rivers that have a basin in the monsoon climate area are fundamentally different from the rivers in North Asia belonging to the Arctic Sea basin. There are four types of Asian rivers:

They are represented by the Ob and Yenisei, with high water levels throughout the year. In their upper sections, these are typically mountain rivers with a swift current and clear water. After emerging on the plains, the rivers flow more calmly and have wide channels. In winter, they freeze partially or completely. Rapid current and low temperature prevent the settlement and growth of aquatic plants and free-living invertebrates. Algae can be found at the bottom. Siberian rivers abound in fish. The most popular fish living in Siberian rivers are sturgeons, pike and trout.

They are represented by rivers such as the Ganges, Indus, Mekong with a large difference in water levels. These rivers have their source near Tibet, from which they flow towards the Indian or Pacific oceans. In the upper reaches they are mountain rivers, in the lower they spread widely, carrying large amounts of silt. They often flood during the summer monsoons. Monsoon rivers are very heterogeneous in terms of the ecosystem. Upstream, they take the form of a swift stream with clear, ice-cold water, turning into a cloudy pool at the mouth with a temperature typical of tropical waters. Therefore, one cannot write about one monsoon biotope, because as rivers flow into the oceans, the physical and chemical conditions change, and thus also the fauna and flora. In biotope aquariums, the most common representation of three ecosystems found in monsoon rivers: mountain stream, South-East Asia river, and river backwaters in India. In monsoon rivers, fish are represented by numerous species of the carp and catfish families, e.g. small asian catfish.

They are found in Asia Minor such as Kyzyl and Ihrmak. High water levels occur here during the rainy season, which takes place in winter. In summer, levels are very low and some even dry up temporarily.

-The rivers of the drainage area

The rivers of the drainage area, which often do not have a permanent bed. These rivers originate from the mountains of Central Asia and end up flowing into lakes or disappearing into deserts. An example is the river Tarym. The biotopes of these rivers are relatively little studied and difficult to define unequivocally due to their changing location.

The above division does not give a full picture of the diversity of aquatic ecosystems in Asia, because in the same area, in rivers of a similar nature, there may be different physical and chemical conditions of the water, which will result in the occurrence of different flora and fauna. Therefore, when setting up a biotope aquarium, it is important to define the natural environments to be reproduced as accurately as possible.

The most popular Asian river biotopes in aquarium hobby 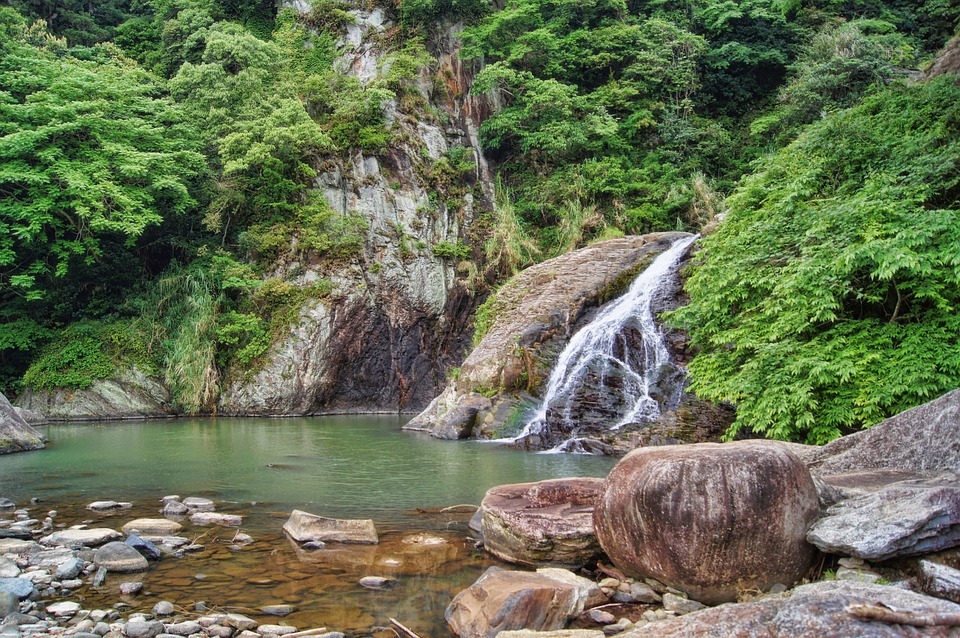 A natural biotope characterized by ascetic décor, high transparency and a strong current of water so the filtration system should be effective. The mountain stream may represent the upper reaches of any rivers in Asia.

The ground should be stones with smooth edges and coarse gravel, possibly with sand in some places. Natural looking pieces of wood may be used as decoration, but this is not necessary. Animals must have enough space to swim.

Average water conditions should be pH 7-7.5, average hardness and temperature from 18 to 22 degrees Celsius.

The vegetation is also poor, because the whole flora should be green algae, or you can supplement the arrangement with single cuttings of Vallisneria or moss with small leaves.

Lighting is a matter of your choice - the mountain stream looks good both in daylight and artificial lighting, and due to the lack of plants - their requirements do not have to be taken into account.

A biotope typical of the middle reaches of rivers such as the Mekong. 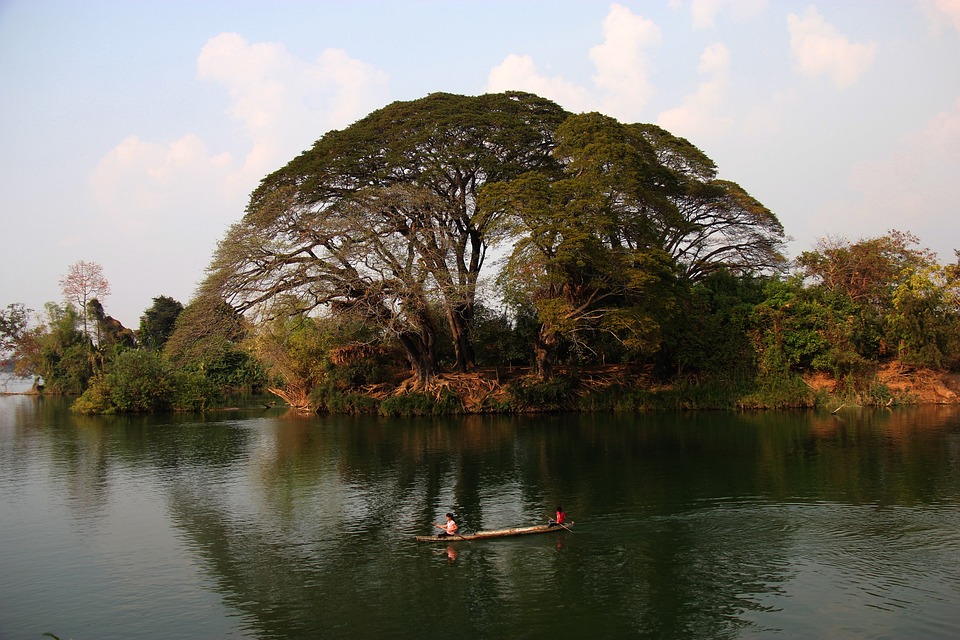 The substrate should be gravel and river sand. Pieces of wood, roots and pebbles can be used in the arrangement. The aquarium should be quite densely planted.

As for dense vegetation, the choice is quite large. Virtually all Eleocharis sp., Cryptocoryne sp. are suitable, you can also take a risk with water onion.

Livestock can be loaches, barbs, zebrafish, a group of rasbora, walking catfish

Different lighting that creates light spots and shadows in the aquarium looks good.

Pieces of wood, roots and pebbles can be used in the arrangement. The aquarium should be quite firmly planted. 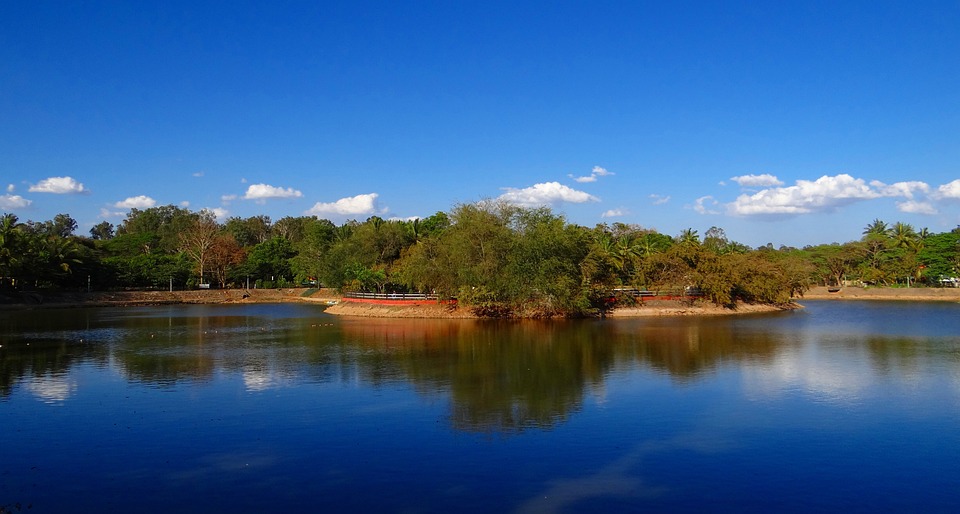 An example of an ecosystem is the Ganges and Indus backwaters region.

The substrate should be river sand and gravel. Rocks, stones, roots and pieces of wood can be used in the arrangement. The coves are also places where a lot of leaves and branches are collected. While choosing rocks and stones be aware what is their source and preparation because some of them may have impact on water chemistry.

Water parameters are Ph 7.0 to 7.5, soft or medium hard water, temperature from 21 to 26 degrees Celsius. You should take care of a weak water current.

Desirable vegetation are plants from genus Rotala and Aponogeten.

To reflect the natural habitat of the sunny bay in India, you can introduce rosy barbs, zebrafish, rasboras or loaches

It is important that the aquarium is really "sunny", that is strongly lit.

Asia is also the land of many lakes. The largest of them is the Caspian Sea - a drainless water reservoir with a very high salinity. An interesting fact is Lake Balkhash, a drainless reservoir in Kazakhstan, which has salt water in the eastern part and fresh water in the western part. The largest tidal lake in Asia is Baikal - the deepest lake in the world. Its characteristic feature is clear water, thanks to which the bottom can be seen even at a depth of several dozen meters. The temperature of the waters of Lake Baikal averages 4 degrees Celsius. The vegetation of Lake Baikal is poor due to low temperatures and high water hardness, but it has a very rich fauna, including endemic species of fish such as omul or Baikal oilfish.

Artificial water reservoirs used to irrigate rice fields are typical of the heavily transformed Chinese landscape. These reservoirs, and the channels that irrigate them, are one of the most frequently reconstructed ecosystems. These are shallow ponds with periodically cloudy waters, poorly oxygenated and strongly heated. The vegetation is dominated by various types of limnophilia and fish. The main inhabitants of the reservoirs are labyrinth fish, and various species of rasboras and barbs are also often found.

The southern part of Asia, especially the Malay Peninsula and the islands of the Malay Archipelago, due to high rainfall, abound in swamp territories and puddles hidden in tropical forests. The water in these reservoirs is cloudy, poorly oxygenated and in extreme cases it reaches a temperature of up to 40 degrees Celsius. These regions are the home of many underwater and amphibious plants, including numerous picture-like representatives. From underwater plants you can find limnophila and eleocharis. The reservoirs with ungrown surfaces are home to rasboras, zebrafish and carps. In overgrown ponds and swamps - mainly labyrinth fish.

Hobbyists usually recreate the biotopes of the following forms in their aquaria: 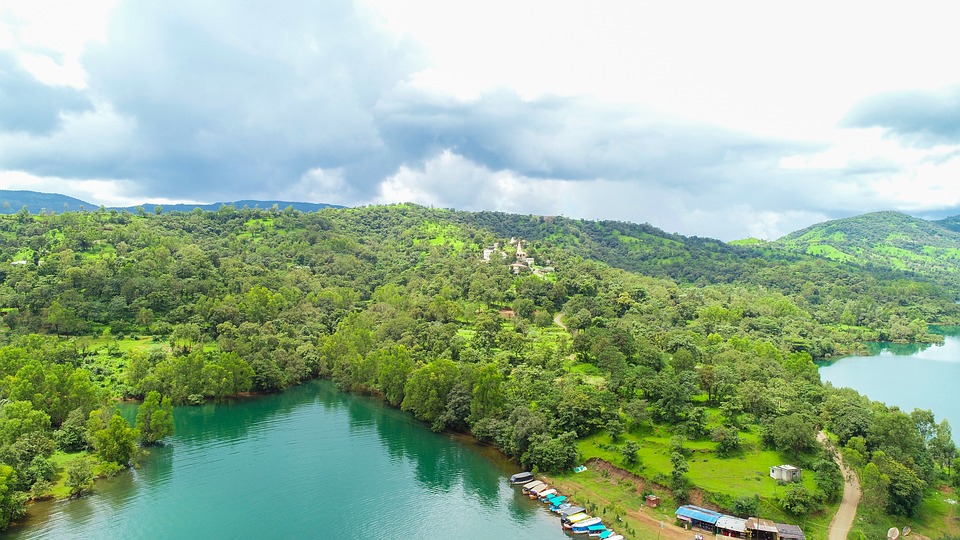 The aquarium is to reflect the pond ecosystem located among rainforests. It is characterized by very little or no water flow and economical lighting.

The substrate should be materials with an acid base: peat or clay. For arrangement use peat roots, which should form a picturesque tangle with numerous hiding places. Prepared, dry leaves or pieces of wood are also suitable for this set up.

Plants from genus Eleocharis, Cryptocoryna, Limnophila will be a great choice and the aquarium should be quite densely planted.

The fish species you can introduce to the Asian biotope tank are e.g. Siamese fighting fish, many species of the carp family, loaches, gouramis or harlequin rasbora which likes humid acids dissolved by the peat roots. 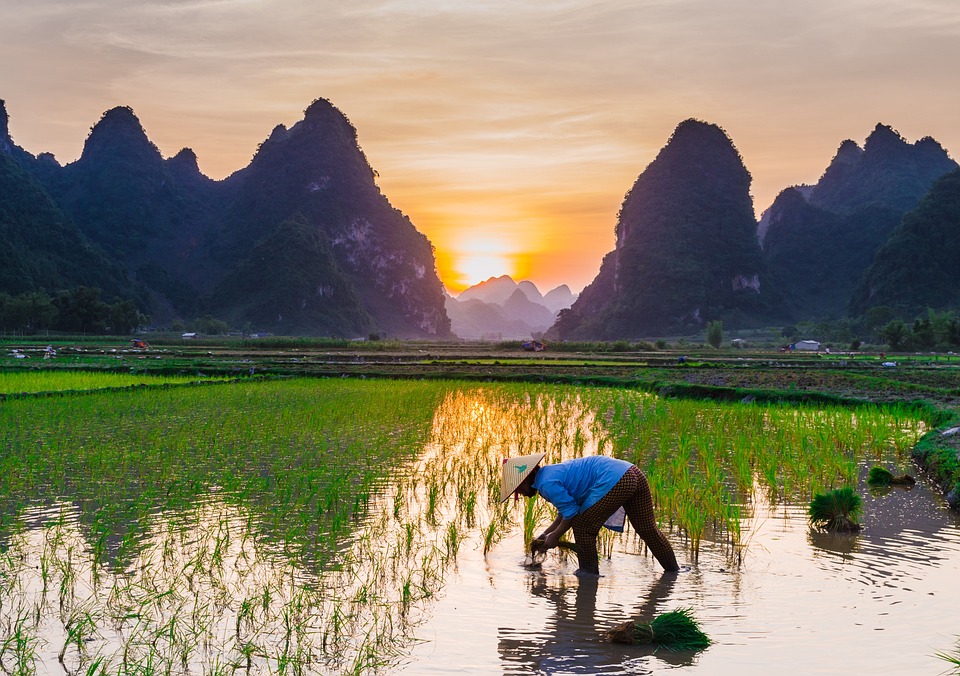 Biotope of artificial irrigation water reservoirs in China. In nature, these are shallow ponds or swamp formations with periodically high turbidity and high temperatures.

The substrate should be river sand and gravel. As an arrangement, mainly plants should be used, including floating and growing above the water surface, which, however, should not cover the entire surface of the water.

Plant species for this biotope is not rice but plants from genus limnophila, vallisneria, hygrophila. For risky aquascapersa barclaya longifolia will be a good idea.

Labyrinths fish, gourami, guppies and barbs may be used.

As you can see, there are a few types of the Asian biotope you can set up in your home aquarium and feel like in India during a stunning sunset or like in Japan during hiking along upper parts of the Asian rivers. We keep fingers for you to create the magnificent illusion called aquascape and hope you'll share the effects with us!